FIRA 2021 World Summit Call for paper The FIRA World Summit will be held in conjunction with FIRA Robot World... 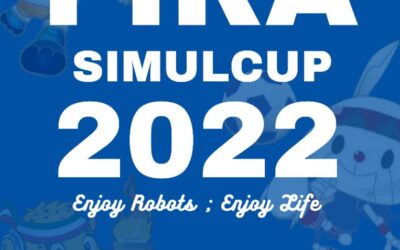 FIRA SimulCup 2022 Introduction Many places in the world are still under various COVID-related restrictions.... 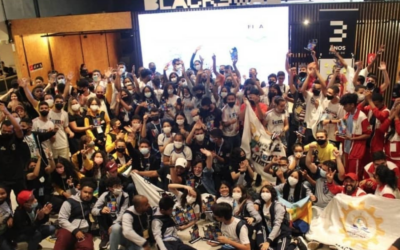 "Dear FIRA Community, I hope that you spent a great holiday season with your friends and family. I feel now it is time... 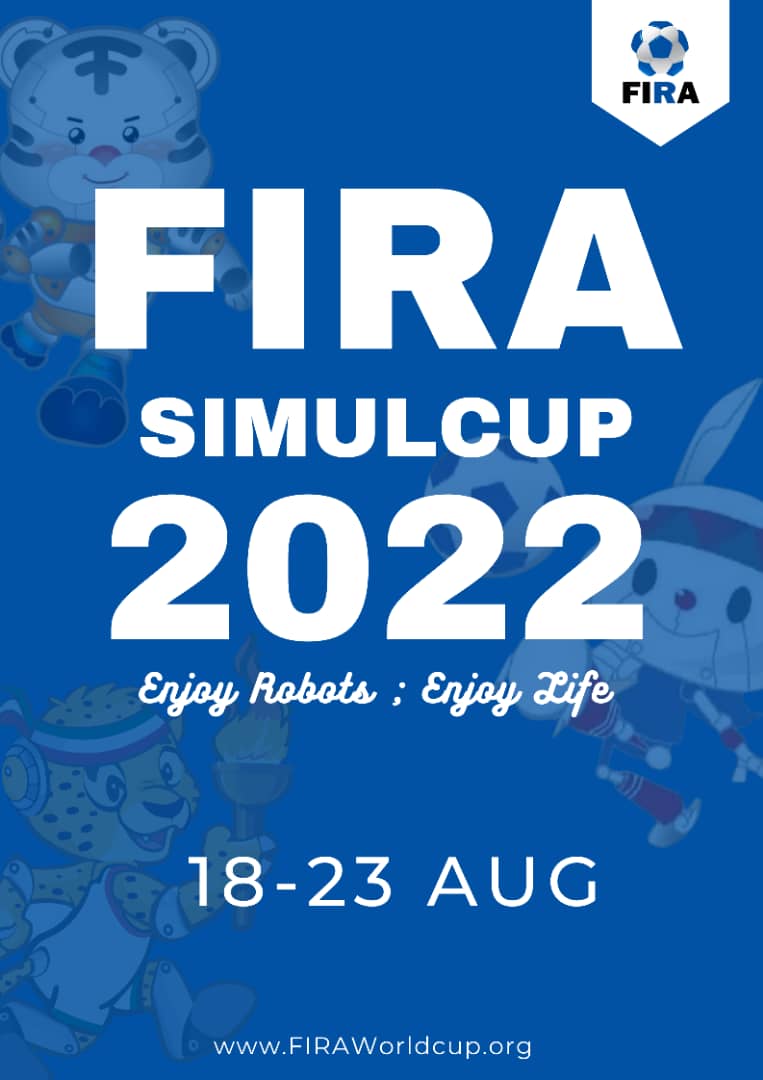 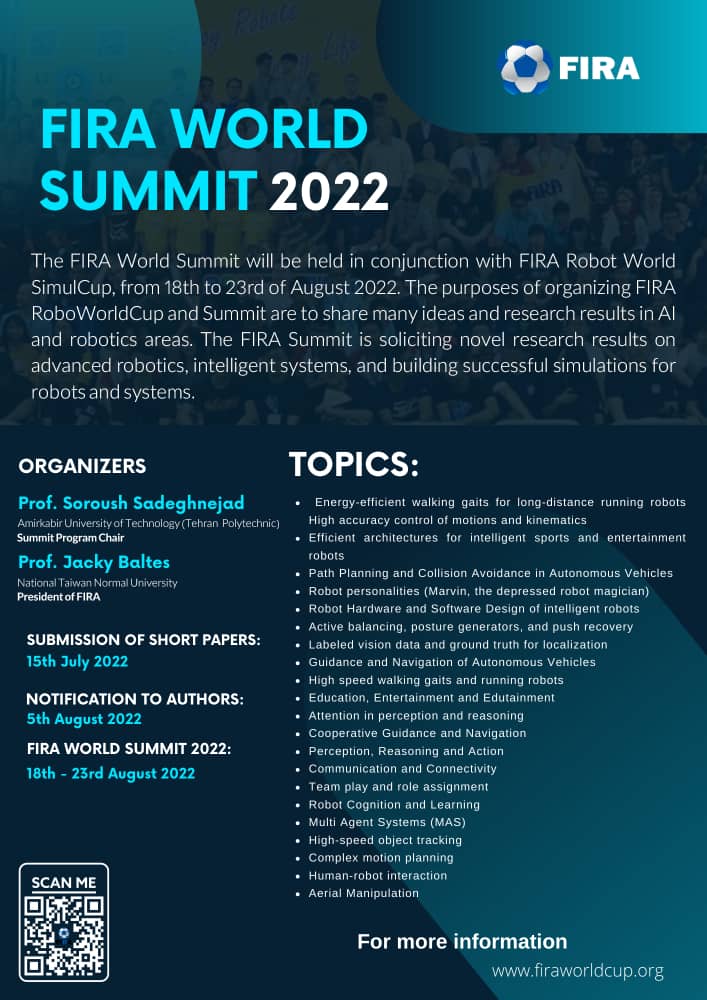 About the Federation of International Robot-Sport Association

Robot soccer can be portrayed as a competition of advanced robot technology within a confined space. It offers a challenging arena to the young generation and researchers working with autonomous mobile robotic systems. It is hoped that FIRA’s flagship event, called the FIRA Robot World Cup (or the FIRA Cup in short), which started in 1996, together with many other FIRA events, will help generate interests in robotics in the young minds.

Through these events, FIRA hopes to help them better understand and appreciate, with interests, the scientific concepts and technological developments involved. FIRA believes that some of these interests will fuel scientific and engineering skills that ultimately develop into research outcomes to serve mankind in a variety of ways.

Ever since its establishment, FIRA has had venues for its annual FIRA Cup in Australia, Brazil, China, France and Korea. Making progress over successive years since 1996, FIRA Cup has now attained world recognition as a robot festival.

FIRA SimulCup 2021 was held as a hybrid event with some real robot competitions and some virtual ones. The main competition was held in St. Luis, Brasil, and hence FIRA SimulCup 2021 was a Brazilian-themed event.
However, since many places in the world are under various COVID-related restrictions, it is still impossible for many of our participants to travel internationally. Therefore, FIRA 2021 is organized as a SimulCup, that is, real robot events will be organized and judged simultaneously in several local events happening world-wide.
We will also hold several 1hr workshops where students can build and program a variety of robot systems from home.